Star Barkisland all-rounder Luke Bridges scored an exhilarating century to pull his team out of trouble at home to Skelmanthorpe. Honley talisman Simon Kelly also registered a ton to consign Golcar to fourth straight defeat and move nine points clear of Shepley who fell to a surprise defeat at home to Almondbury Wesleyans.

Luke Bridges (main picture) arrested Barkisland’s appalling start to their match at home to Skelmanthorpe by blasting a massive century to claim their second victory of the season and move out of the relegation zone. The outstanding all-rounder hit 13 fours and 9 sixes in his 114 ball 138 as they recovered from a precarious 4-2 after Skelmanthorpe’s Alistair Snowden made early inroads. Jake Finch’s supportive 79 was crucial as the hosts set Allan Greenwood’s side an imposing 303-6. Skelmanthorpe’s Jack Newby (103) chalked up his second ton of the season to continue his flawless start to life at his new club but, unlike at Delph & Dobcross earlier in their campaign, they couldn’t do enough to challenge their opponents. Harry Finch closed off Skelmanthorpe’s pursuit on 226-9 by taking 5-42. Two virtuosos of the league both demonstrated their class as Golcar’s Steve Whitwam hit 75 against in-form Honley, however fellow maestro Simon Kelly (pictured above)denied his team the win with a brilliant unbeaten hundred. Chasing Golcar’s challenging 229-9 total, Kelly carefully built a superb 113-ball 100no as he and the division's leading run-scorer Lewis Evans (47) put on 119 for the first wicket. Jeremy Hackett carved a half-century to go nicely with his earlier.4-39 as Honley cantered to a 231-3 repost.

Almondbury Wesleyans continue to show their competitive edge with their third success, scotching fourth-placed Shepley’s bright start to the season. Daniel Moorhouse (pictured above) was in sensational form to register his best bowling figures as the spinner took 6-39, taking his 16th scalp of the campaign. Shepley’s 130ao was ultimately too short to defend, despite the efforts of overseas Panav Susarla (4-36). Will Binns’ rigid 44 strengthened the visitors’ hand and Coe Byrne (24no) saw them to maximum points as Wesleyans replied with 126-6.

Benji Birkhead (pictured above) agonisingly missed out on a century but Scholes did enough to hold out at home to bottom side Delph & Dobcross. The Yorkshire County wicketkeeper was out on 98 having clattered 11 fours and 3 maximums in a breezy knock which his teammates struggled to match. Xander Selby bagged his second five wicket haul during a decent bowling performance for Delph, but their batting fell short when hunting down Scholes’ below-par 183ao first innings total. Nayaar Abbas (72) almost clawed Delph over the line from an epic 125 ball vigil but when Aussie spinner Jack Shelley snared the Pakistan overseas with 23 runs needed, Delph suddenly lost their way. Josh Brook’s outrageous one-handed catch in the deep off Wasim Javed (4-18) sealed Scholes’ fifth win in six to stay in second.

The Duckworth-Lewis system was first used to effect this season as Hoylandswaine coasted to a home win against Kirkburton. Andrew Smith’s 70 was the highlight of a battling 181-9 Kirkburton tally that kept Arron Lilley (4-45) and Umer Yaqoob (3-52) subdued. Hoylandswaine have run into a pickle with the bat several times this season, but it was plain sailing on this occasion as openers Asif Iqbal (42no) and Furqan Shafiq (74) held firm. Swaine lost just two wickets as they progressed to their revised 159-2 winning total.

Shoukat Ali (pictured above) belted his biggest ever score for Moorlands as they overcame Thongsbridge at the Memorial ground. The prolific opening batsman hammered 152no from 157 balls containing 15 fours and 7 sixes as Thongsbridge struggled to contain him. Gharib Nawaz (42) maintained his consistency as Moorlands put on 236-7. The steady pace of experienced James Stansfield (4-46) prevented the visitors from getting anywhere near the total as they were restricted to 196-9. Stand-in opening bat, Kieran Abrams top scored with 43 for Thongsbridge.

Broad Oak survived a severe case of batting jitters to pick up their third win of the season over spirited visitors Armitage Bridge. Daniel Taylor (5-48, pictured above) claimed his first ‘five-fer’ as he took his 16th wicket in an innings that Jaycob Curtling’s men struggled for traction. Their 137ao didn’t look likely to defend at first glance, especially with Oak sitting comfortably on 104-3. However Curtling (3-51) and winter signing from Slaithwaite, Sohail Butt (4-65) almost put the skids under them as wickets tumbled. Oak were eventually reliant on youngster Daniel Hopkin (5no) holding his nerve on his 1XI debut as the hosts clambered unconvincingly to victory on 140-9. 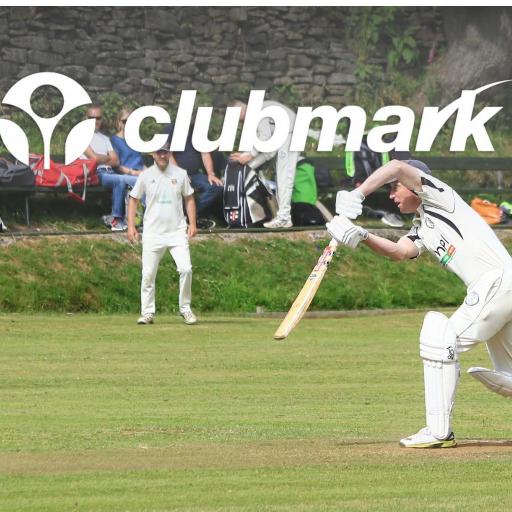