Delayed Indian import Dev Pradhan and Sam Tyas gave Skelmanthorpe’s safety battle a boost as they clipped the wings of relegation rivals Almondbury Wesleyans in the stramash at the bottom of the Premiership. Bottom two sides Armitage Bridge and Delph both lost but Moorlands and Broad Oak romped to victories which improved their chances of escaping the drop.

It was better late than never for Skelmanthorpe as their long-delayed Indian overseas professional added a dimension they were missing as they completed back-to-back successes with a home win over Almondbury Wesleyan. Quick bowler Pradhan, who only arrived ten days previously, claimed 3-30 and opening seamer Sam Tyas (pictured above) helped himself to 3-33 as Skelmanthorpe did the double over the side that joined them in winning promotion to the Premiership last term. Christopher Scott’s valiant 76 provided most of the runs in a disappointing Wesleyans total of 114ao as they were outplayed at Lidgett Lane. The winning margin was even more contrasting after the home side raced to victory by knocking off their target for the loss of no wickets. Paul Cummins (35no) and league batting frontrunner Jack Newby (78no) completed a satisfying afternoon which saw them remain in the bottom three, however the gap to safety has been sheared to just one point.

In-form Delph & Dobcross squandered an ideal opportunity to draw closer to their basement rivals as a precious win eluded them at Shepley. The visitors controlled most of the contest as their pace bowlers dominated in Shepley’s low first innings total of 124ao. Max Joice (pictured above) continued his rich vein of form with a classy 57 - his third half-century in the last three matches - that enabled his team to have something to defend in the face of prepotent Delph bowlers Adnan Ghani (3-36) and Arman Hussain (4-38). Captain Nathan Jones led the reply on the front foot as he made a fluent 56 and at 82-3 Delph were in total control. However his demise, after playing a ball straight back to spinner Oliver Davidson, triggered a collapse that resulted in a damaging defeat. Davidson went on to take 5-7 from 9 overs to send Delph spiralling to their first loss in six league and cup matches.

Hoylandswaine’s relentless match towards the title rumbled on as they emphatically dispatched troubled Armitage Bridge. Leading Premiership wicket-taker Muhammad Azharullah (6-55, pictured above) claimed his 51st league victim of a prolific season where he has a firm eye on Skelmanthorpe legend Shahid Mahboob’s 114. Bridge’s modest 134ao where Chris Dennison (38) top-scored was never in doubt of being overhauled which Hoylandswaine duly did for the loss of three wickets. Steady opener Asif Iqbal (51) made his second half-century of the season where he’s well on course to eclipse the 947 runs he made in 2021.

Mid-table Barkisland were stunned by Broad Oak who completed the double over them as they warmed up nicely for their Sykes Cup semi-final date with Hoylandswaine. Adam France (3-12) and Fletcher Coutts (5-23, pictured above) blazed through the visitors who crumbled to 83ao. Oak slipped to 16-3 in reply but they recovered sufficiently as Coutts (41no) blasted his way out of trouble in his side’s 84-3.

Nadim Hussain (pictured above) punished Kirkburton as Moorlands made it two wins from two to ease their relegation worries somewhat. Hussain took 5-17, complemented by Eddie Walsmley’s 3-24 as Kirkburton were kept under control at the Memorial Ground. Sam Carroll and Jonny Smith both made 22 for the visitors but when they fell close to one another, the innings was quickly concluded on 119ao. Shoukat Ali made 47 as Moorlands seized the opportunity to close off a vital victory as they pushed themselves further away from the drop zone.

Honley outmuscled local rivals Thongsbridge for the second time this season ahead of their crunch midweek T20 semi-final against the same opposition. Timmy Taylor’s 4-50 and Lewis Kenworthy (2-30, pictured above) were an imposing presence on Thongsbridge who limped to 153ao, batsmen Pragam Sharma and skipper Alex Kemp both making 36 for the visitors. Honley had no hangover from their surprising capitulation at Delph six days earlier as they impressively secured a one-sided win by replying with 154-2. Taylor (79no) again was central to Honley’s success as they cruised to an 11th win of the season.

Scholes may have an important Heavy Woollen semi-final date with New Farnley coming up but they got down to the bread and butter of league business by dismissing Golcar at Chapelgate. Muhammad Ali’s 44 was the highlight of a below-par Golcar innings of 153ao which was subjugated by the bowling of Louis Brook (4-36, pictured above). Jack Shelley continued his impressive debut season at Scholes as the all-rounder made 47 opening the batting, before Brad Birkhead’s 48no saw them home with a reply of 154-6. Golcar clawed themselves a consolary point but Scholes remained in second place, 15 points behind Hoylandswaine. 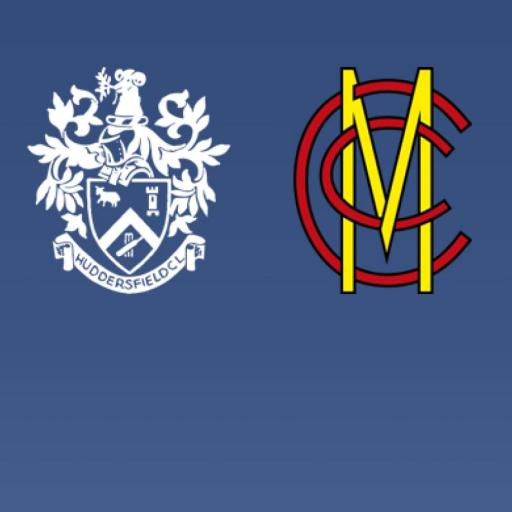