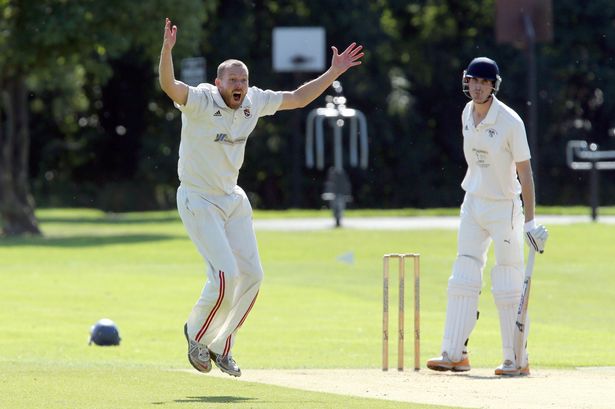 Featured Image: Darrell Sykes (Moorlands) was in fearsome form for his team with 5-39 as they took full advantage of Delph's capitulation at Shepley by beating Armitage Bridge and moving into second place at the half-way point of the season.

At the half-way point of the season, Hoylandswaine strengthened their iron-like grip at the summit of the the Premiership after beating Kirkburton whilst Delph fell to their 3rd straight league defeat at Shepley, overtaken by Moorlands who moved to second with a win away to Armitage Bridge. Meanwhile at the bottom, Skelmanthorpe managed to edge out Golcar in a high-octane thriller at Lidgett Lane, plunging Golcar further into trouble at the bottom.

We start the review at Thongsbridge where Scholes' juggernaut-like run is continuing with force. The Chapelgate men are finding a real cutting edge and were far too strong for Thongsbridge who'll be more than happy if they consolidate with a mid-table place in their recent return to the Premiership. Batting first the hosts, pestered by nagging bowling by Tom Brook (4-41) amongst others, were always kept on a tight leash with opening bowler Tom Raven-Hill (46) making the most impact with the bat for Thongsbridge. It was a target that was in easy reach of Scholes' strong batting lineup after opener James Noble (91) and West Indian Devon Smith (55) made brisk work of overhauling it for the loss of 4 wickets.

Golcar succumbed to a damaging defeat in the battle at the bottom away to Skelmanthorpe. Steve Whitwam's relegation-threatened side slumped to the bottom of the table after Barkisland collected two points and Skelmanthorpe's 6-point win meant they leapfrogged over both clubs and out of a weekly-changing drop zone. James Crossland's battle-hardened team are starting to find more ways to win and they chased Golcar's total of 239-9 hard for almost the entire 50 overs of the second innings. Golcar battled their way batting first with several contributors' most notably Craig Ruscoe (50no), Whitwam (39), overseas Upal Bandara (35) and popular ex-pat South African Louis Aspeling (32). Skelmanthorpe's gritty chase was anchored by a stunning century by Aifzal Khan (102no) and when the enigmatic Luke Webster (46) started to give it the long handle it kept the home side firmly in the hunt. Nerves amongst the Lidgett Lane faithful may have felt frayed when Webster holed out with eight overs left and 60 runs short but Khan kept up the pace and saw his team home in on a crucial victory with a mature performance.

Delph & Dobcross were mercilessly cut down by a rampant Shepley outfit who are also hitting the straps during the mid-way point of the season. Captain Andrew Gleave was soon regretting his decision to bat first as Shepley's lethal opening bowler Nasir Jamal (4-31) removed two of Delph's most potent run-scorers in Mosun Hussain and Indian professional Shreevats Goswami before they had a chance to influence the scoreboard. It then went from bad to worse for last season's champions as a combination of bad shots and superb bowling by the hosts saw Delph collapse to 80 all out. Shepley's signing from Townville, Nadim Hussain (5-16) proving virtually unplayable after he capped an incredible performance with the ball by adding three catches. Shepley survived a mini-wobble themselves after Tom Denton, Shahban Raheem, Kiwi professional Brenton Thompson and Archie Greaves all fell in the early stages. Opener Danny Wood (38no) had other ideas and together with club talisman Huw Ellis (21no) took the hosts over the line for a thoroughly well-deserved victory.

Hoylandswaine have now extended their lead at the top to 12 points and completed a routine home win against Kirkburton, their second in the space of. A week following their win at Kirkburton in the Total Indoor Cricket Solutions T20 Trophy group match, with little trouble. Kirkburton, batting first overcame a sticky early period where they recovered from 40-4 to 239ao. Rohan Randhawa (72) and Toby Booth (65) making their marks in that Kirkburton total. With such formidable batting power at his disposal, Hoylandswaine captain Ryan Robinson must be overjoyed with the impact of Chris Holliday (121no) after he scored a consecutive century and along with Gharib Nawaz (57) and SP Singh (65no) saw Swaine take another big step towards a potential Byron Shield title. Plenty to play for yet but Hoylandswaine look in superfluous form at this point and will go into Sunday's Heavy Woollen quarter final against Whitley Hall in the best of nick.

Honley have put the struggles of last season long behind them and continue their much improved season by overcoming a stiff test away at free-scoring Cawthorne. Honley put on 268-8 thanks mainly to another crucial input from Will Fraine (75) despite an impressive 5-50 from Cawthorne's Daniel Stickland. In reply, the hosts got off to a flyer but with Honley, making regular inroads with the ball, restricted Cawthorne to 233-8 off their fifty overs. The ever-reliable Iqbal Khan (50), and a batting point, was the consolation for Chris Walmsley's side.

Moorlands have developed a steely cutting edge and none was more obvious after they rode a stern challenge at Armitage Bridge. The third-placed, Mirfield-based side were bowled out for 190 with Cameron French (62) the top scorer for the visitors. Moorlands answered any questions of their ability to defend after withstanding a positive start to the chase by Armitage Bridge then skittling out their hosts for 151. Matthew West (32) valiantly took the game to Moorlands but Andrew Walker (4-31) and Darrel Sykes (5-39) ruthlessly snuffed out any signs of a victory.

6th placed Broad Oak and 13th placed Barkisland played out an edge-of-your-seat thriller which illustrated just how closely matched the Premiership has become. Broad Oak racked up 254-9 from 50 overs with Ben Hyde (68), Jack Hargreaves (45) and Harvey Booth (34) the main marksmen but Barkisland fought back with vigour. The visitors were always well in the game whilst big-hitting Ben Westbrook (101) was at the crease but once his fine century came to a premature end Barkisland fell just 13 runs short in a pulsating finale earning them two useful points for their efforts. Hyde (3-53) and spinner John Keeling (3-49) being the heroes for the hosts.

Lascelles Hall upset the form book and put the skids under runaway leaders Mirfield Parish Cavaliers. Batting first Lascelles Hall piled on a commanding 281-9, a tough ask on any of our local grounds with Z Ahmed (63) leading the way. The Parish put in a good chase but were all out for 234 with the consistent Tim Orrell (93) high-scoring yet again.

Parish are not short of pursuant's and one of those, Almondbury Wesleyans took full advantage by putting bottom-side Kirkheaton to the sword. Wes set a strong 276-9 from their allocated overs with Tom Binns (90) and Bryn Jenkins (99) all getting close to tons and they completed a 106-run rout by bowling Kirkheaton out for 176 in reply, Ben Shufflebotham (4-33) doing most of the damage with the ball.

Rastrick lie in third place and made short work of their match away at Meltham. Rastrick's 262-9 was set-up thanks to contributions from Matthew Lambert (60), Bradley Birkhead (51) and Asif Afridi (70no). George Sykes-Kenworthy (4-45) the best of the Meltham bowlers. The hosts reply faltered almost all innings with only James Moulson (55) showing much defiance. A "five-fer" for Oliver Pearson performed the coup de grÃ¢ce, along with Asif Afridi (4-21) with a fine all-round performance to complete the win.

Shelley are also keeping the pressure on the leading pack and Clayton West put up little resistance after being bowled out for 143. A pair of unbeaten half-centuries by Matthew Dyson (50no) and Louis Sykes (56no) ensured the target was reached easy enough for Shelley in reply.

Elland threw away a great opportunity away at Slaithwaite as their inconsistent season rumbles on. Setting 215ao, Elland had control for most of the second innings but they hadn't counted on the stubbornness of home captain Chris Coleman (97) who doggedly guided his side to a last-ball victory with Harrison Quarmby (40) applying late gloss to Slaithwaite's win as they remained in fifth place.

Holmfirth dragged sorry Linthwaite into the relegation zone following a massive bottom of the table clash. They bowled out Linthwaite for 66 with Matthew Gummerson (7-25) in sensational form and swiftly knocked off their total for 2 wickets for a priceless win.

Lepton Highlanders (1) and Marsden (2) lead the Conference and both put in solid performances to keep a lead between third-placed Cumberworth. Marsden headed to Thurstonland and secured a comprehensive 49-run win after a Joe Smith (104) century and 47 from the experienced Imran Malik fired them to 228-3 batting first. Thurstonland rallied but finished short on 179ao thanks to Steve Robinson (4-45) and Mark Johnson's (3-33) proficiency with the ball.

Upperthong were rolled over for 102 in their match at home to Lepton Highlanders which wasn't enough to stop Lepton racing to victory thanks to Jacob Mulhall (44) and Asif Hussain (33no) as they completed a seven-wicket win.

Elsewhere Cumberworth United made light work of overhauling Mirfield's 124ao, as they chased and recorded 127-2 in reply. Denby Dale's derby at home to Denby saw Denby Dale pick up a comprehensive win as their 235-9 wasn't challenged and Denby crumbled to 81ao. Hall Bower put up 201-9 and Almondbury ran them close but were short by 11 runs as the end as the visitors finished 190ao. The clash between the bottom two of Birkby Rose Hill and Emley Clarence saw a change at the basement as Birkby picked up a fine win by setting 235-9 and bowling Emley out for 214 who now prop up the Conference. 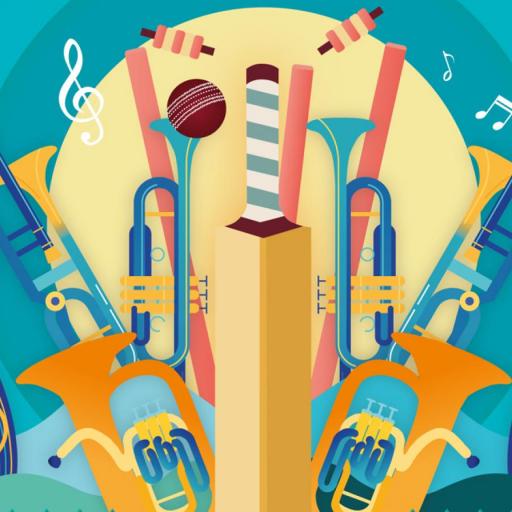 Outdoor Summer Events At The Wes 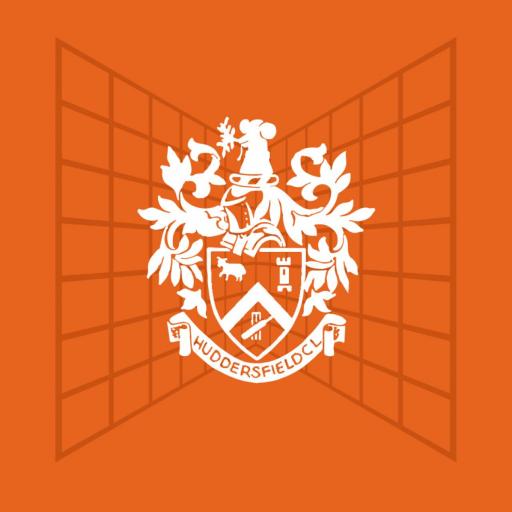 We hope you have enjoyed a peaceful seasonal break and enjoyed a Happy New Year as we look forward to 2021. We understand business may be...