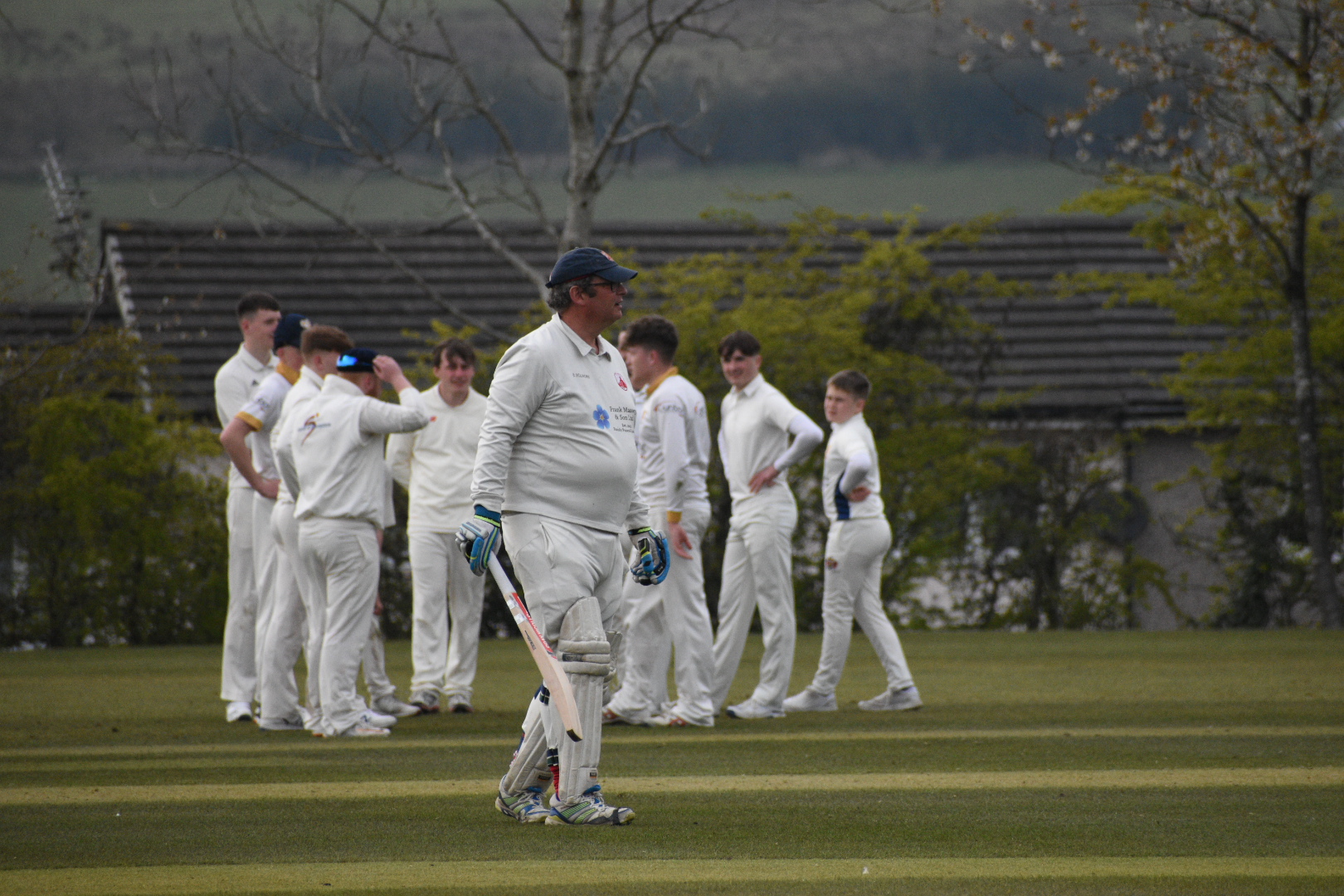 Josh Megson’s runs drove Skelmanthorpe 2XI to their second consecutive win as they, Elland and Broad Oak lead the way to try and return to Premiership Two. Moorlands made swift work of Shepley who, along with their first team, are yet to taste victory. Linthwaite got themselves back to winning ways by plundering Cumberworth United in a convincing success.

A successful day of batting for Skelmanthorpe made sure they eased past Cartworth Moor in their second game of the season. Runs, runs and more runs appeared from the top to lower order with Josh Megson topping the scorecard with a wonderfully worked 76. Luke Webster (39), Kristian Whittaker (42) and Ben Dyson (34*) each added to the total to give Skelmanthorpe a great score to bowl at.

Cartworth couldn’t seem to get off the mark and found themselves 52-5 after only 15 overs with the top order putting on few runs. More wickets fell in the latter stages of the game with Skelmanthorpe finally bowling Cartworth Moor all out for 93 in 31 overs of the second innings.

Behind Linthwaite’s proficient day of batting was Mohammed Riaz (34), Muhammad Sadiq (34), Abdul Noor Rauf (29) and a well worked half century for Qasar Gill (51). A total score of 197 off the full 35 overs gave them a great opportunity to shine with the ball - and that they did.

Cumberworth never seemed like they could get settled at the crease and eventually succumbed to Linthwaite’s attack, proving equally as formidable with the ball as well as the bat. Wickets fell for few runs with Cumberworth eventually giving in to a dominant bowling performance leaving them all out for 101.

Broad Oak’s strong bowling performance unsettled Denby Dale from the get go, led by a seam masterclass from Liam Moran taking four wickets while giving away only 14 runs. Caufield proved just as troublesome with the ball as he did with the bat and took 3 wickets for only 17 runs. Other wickets came from Conor Woodruff and Ismail Ahmed, leaving Denby Dale ao for 75.

Captain Mike Fish of the Oak led the batting line-up, working his way to a first 50 of the season which secured victory, knocking DD off in under 17 overs in a game. “El vino did flow” as early as 3:30pm.

A Thornton Five-for Helps Elland to Victory Over Mirfield Parish

Electing to bat first, Elland put on a respectable score of 151 for 6 with runs coming from openers Amir Rahman (38) and Oliver Brook (25) before a fantastic graft with the bat from Cody Parr (60) with his first half century of the season. Thanks to the top order, Elland had a good amount of runs to bowl at.

Captain Ben Tillotson of Mirfield Parish put on a fighting score of 41 which unfortunately didn’t prove enough for the outstanding bowling of Elland. Thomas Thornton’s five wicket haul devastated Mirfield’s top/middle order with other wickets coming from Mark Ward (2-32) and Jordan Williamson (2-7), pushing them to victory after bowling Mirfield Parish out for 116.

With Shepley electing to bat first, a satisfactory score of 145/7 after the full 35 overs meant they would have to perform even better with the ball if they dreamt of the first win of the season. Runs courtesy of Nigel Hoyle (30), Jake Lynn (17), Jack Dyson (22) and a strong knock of 40* from Jamie Walker.

Scraping his half century, Adam Roberts (51) gave Moorlands exactly what they needed, along with fellow opener and captain Andrew Fortis hitting 38. The two openers, along with runs from other teammates, made short work of Shepley’s batting efforts, knocking them off in only 23 overs.