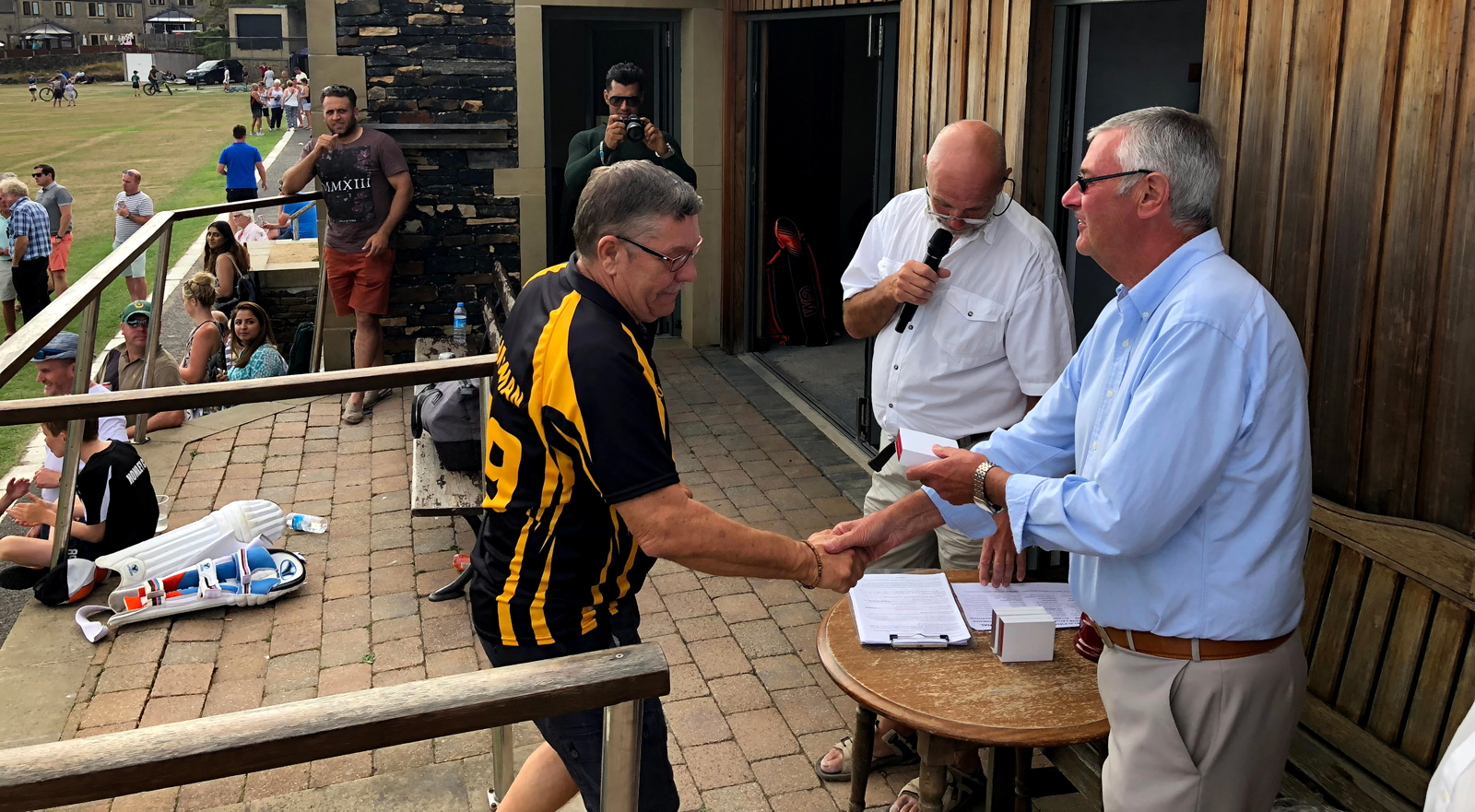 Open Letter From The Chairman

The current Huddersfield Cricket League chairman, Trevor Atkinson has addressed a leadership challenge this coming winter via an open letter to clubs around the league.

Update from your Chairman

As a busy season comes to its conclusion this is normally the time to wind down and relax for a few weeks prior to the Annual Dinner and League AGM in December. However with several important and exciting potential Rule Changes to be prepared plus responding to a challenger who has been nominated to replace me as Chairman of your League this is certainly not a time for slowing down.

Although my challenger has been campaigning for some months, it was not appropriate for me, as the incumbent Chairman to make contact with you about this matter whilst the season was still under way. However now cricket matches have ended and with only a few months to go before the AGM vote I am pleased to make my case to continue as League Chairman.

This is my tenth year as your Chairman and in that time much has changed. I inherited a League of 30 clubs that played in a 14 club Premiership and two 8 club Conference sections, results were published in the Huddersfield Examiner each Monday, and the League had financial reserves of £32,000. Without dwelling too much on the past below is a list of some of the many achievements and changes I have led and overseen during the last decade:

This list demonstrates how much our League has progressed under my Chairmanship, and I am grateful for the support, professionalism and hard work of my colleagues Norman Clee and Phil Senior during this time.

Of course there is still much to do and I will write to you again once we have finalised our plans for:

I believe that in my time as Chairman I have taken a team approach and applied a steady hand, keeping in mind the traditions of our League, but always having a modernising eye to the future. I have also worked to uphold the spirit of cricket and maintain good standards of conduct and behaviour.

I have established a strong track record of consulting with clubs, and then achieving change in a methodical way by using the democratic processes contained in our League rules that place the ultimate decision making power in the hands of the clubs, not the League Executive. I strongly believe that change, achieved by consensus and in a harmonious manner, is much preferable to dictating things, or guaranteeing to do something I may not be able to force through, or which may not be wanted.

So whilst not wishing to outstay my welcome there is no doubt that I am well qualified to continue to drive and oversee the process of implementing further important change over the next twelve months.

I hope I can continue to count on your support when the AGM votes in December.