Brilliant Ben Balmforth dismantled Delph & Dobcross to protect Thongsbridge’s five point lead at the top of the Premiership, ahead of Hoylandswaine and Moorlands who also stayed in touch with victories of their own. Scholes suffered terribly at the hands of Armitage Bridge who stayed in sight of the leaders but Honley slipped to their second defeat of the season at home to in-form Barkisland. Kirkburton finished a perfect weekend with a rampant success away at Mirfield Parish Cavaliers and Golcar warmed up for their Sykes Cup crunch match at Broad Oak with an overwhelming victory on their own patch.

Ben Balmforth made it a miserable weekend for Delph & Dobcross after he ruthlessly tore apart their top order to boost Thongsbridge’s title chances. In hostile conditions, Balmforth ripped into the home side who were chasing a fairly sterile 119-7 first innings score in a match that took advantage of the temporary measures to reduce the match to a more appropriate 20 overs, with the late afternoon forecast in mind. Thongsbridge at one point were eyeing up a lofty first innings total with opener Ben Marshall (46) a nuisance to Delph’s bowlers. Captain Xander Selby (2-19), recovering admirably after taking a blow to the face fielding at cover, then bowled superbly to restrict the table toppers with wickets falling generously. Disaster struck for Delph early in the reply with Balmforth (4-17) and veteran Zafar Iqbal (2-28) reducing Delph to 16-5 after five overs. From then on, it was an uphill struggle for the hosts who rallied when Nathan Jones (47) began to pepper the boundaries, but once he was bowled by James Thompson’s off spin, the result was more-or-less sealed. Delph earned themselves a point which stopped them slipping into the bottom two, but it does little to ease anxieties as they look over their shoulder.

Moorlands Rebound With Win At Shepley James Rawlinson provided a strong foundation for Moorlands to capitalise on.

Moorlands shrugged off the disappointment of their defeat the previous day by rattling up an impressive first innings score in a 25 over match at Shepley. Despite the loss of Shoukat Ali after the fourth ball of the match, the visitors roared back with James Rawlinson (44) anchoring the innings. Brisk cameos from Eddie Walmsley (39), James Stansfield (25) and Shepley’s former all-rounder Nadim Hussain (20no) kept the score bubbling along with Moorlands setting a chase of 165-6. Jamal Nasir (3-47) had the most joy on a flat afternoon for Shepley, but couldn’t stem the tide. The home team put on 52 for the first wicket as they battled to keep up with the rate but when openers Tom Chadwick (20) and Daniel Wood (25) were dismissed just four balls apart, things quickly began to unravel. Walmsley (5-25) delivered a fatal blow by removing captain Greg Wood and Max Joice in the same over and the result was then a formality when the last four Shepley wickets fell for only 8 runs in their 111-9 reply.

Slaithwaite faced off against Hoylandswaine for the second time in a fortnight and were dealt another harsh lesson after both sides resumed following their washed out matches the day prior. The visitors made a positive start racing to 67-0 before Muhammad Azharullah (4-42) eliminated the threat by removing both openers Raheel Ahmed (41) and Wajid Hussain (30). This opened the door with fatal consequences as Max Morley (4-28) took charge with the ball before Leicestershire’s Arron Lilley (2-0) performed a coup de grâce with two wickets in only five balls bowled as Slaithwaite subsided to 86ao. In their Sykes Cup match it took Hoylandswaine just 8 overs to chase down three runs more but they were more dutiful in their approach this time. Sarjinder Pal Singh (34) carefully plotted a course around the dangerous Sohail Butt (3-44) and Asif Iqbal (18no) and Lilley (15no) completed the win. Luke Bridges starred with bat and ball for Barkisland in their win at Honley.

Honley were brought back down with a bump by Barkisland who followed up their nail biting victory on the Saturday with a more placid affair at Far End Lane to leapfrog their opponents in the table. Just as in Honley’s previous match, they were forced to recover from an early blow after Seb Colman and Max Didgunaitis removed both Honley openers cheaply. Again in similar circumstances, Timmy Taylor (29) and Eddie Wilson (22) appeared to jump to Honley’s rescue but the loss of both batsmen to Barkisland bowlers Cameron Van Rensburg and Luke Bridges unsettled the hosts. Bridges (4-32) almost snared a hattrick as the hosts showed brittleness when under examination and limped to 83ao. Revitalised Honley bowler Harlon Haye (2-31) dislodged the Barkisland openers but Bridges (38) quickly plugged the gap with a 46 run partnership with Harry Finch (19). Barkisland went on to finish the job replying with 86-4 in 25 overs. Roscoe Tahttil scored his first century of the season and fifth for Kirkburton.

Kirkburton’s Sri Lankan overseas Roscoe Tahttil was at his powerful best to subdue Mirfield Parish Cavaliers and make it an impeccable weekend’s return, lifting them into a comfortable mid table position. Parish on the other hand remain in the bottom two after this damaging home defeat. Tahttil (128no) was a persistent thorn to the home side as he sent 7 sixes over the ropes and thrashed 10 fours. Support lay on hand with Javaid Ahmad (26) captaining the side in the absence of Jonny Butterfield and Matthew Crookes (26) two of the high scorers for visitors Kirkburton who totalled 263-6 at the interval. Vastly experienced Tim Orrell (37) took the reins temporarily and he helped his team get off to a reasonable start. Parish who were forced into seven changes from the previous day at Barkisland then began to fall quickly behind the asking rate as wickets fell, mainly to the hands of spinner John Keeling (7-36). Nazar Hussain (25) and Paul Wild (41) threatened briefly but the charge was swiftly extinguished on 151ao with the final six wickets falling for 13 runs.

Steve Whitwam showed the best of his potent all-round abilities with a hat trick to finish off Broad Oak.

Broad Oak will set out to put up a stiffer test when the sides meet in next week’s Sykes Cup second round after they were roundly beaten by Colne Valley neighbours Golcar. Oak couldn’t get out of first gear as the hosts controlled proceedings with the ball. Former Golcar player Jack Hargreaves (29) provided only fleeting highlights in an innings dominated by Golcar’s Steve Whitwam (6-31). The classy all-rounder finished the innings on a high with a hat trick to take the last three Broad Oak wickets as the visitors succumbed to 80ao. Whitwam’s season meanwhile, goes from strength to strength as he calmly anchored his team’s reply with 36no, joined by skipper Jack McNamara (23no) by sealing a third league win of the campaign for the loss of one wicket.

Jaycub Curtling's half century took him to 299 runs for the season.

Talismanic Armitage Bridge captain Jaycub Curtling compiled another half century to consign Scholes to their fourth defeat in five matches played. Curtling (55) demonstrated the patience and guile that was needed on a surface which was always going to be tough to score from. Chris Dennison (25) contributed usefully as Scholes’ bowlers, particularly Yaasar Imtiaz (5-39), keeping the hosts in check as they grafted a 123-8 total. Scholes’ reply fell apart at the seams from the off as they quickly slumped to 7-4. The writing was on the wall after the loss of skipper Brad Birkhead (30) and Curtling (5-8) wrapped up a five star performance to clean up the tail with the visitors fading rapidly to 70ao. 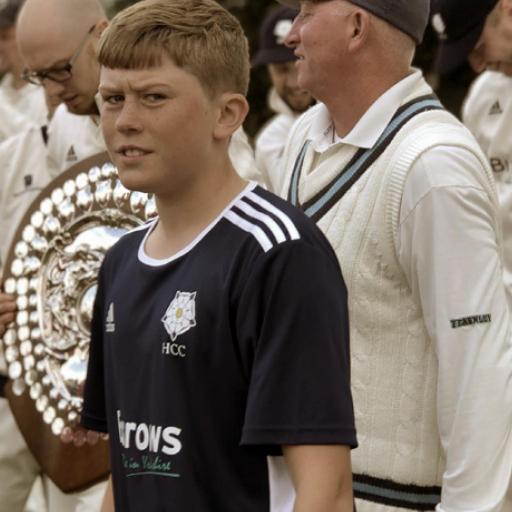 The Jedi Championship and Championship Two was where the thrilling final day action was centred at, as we deliver a roundup of the title winners,...

The Tom Oldham Trophies for best batting and bowling in 2021 have been awarded to John Keeling (Kirkburton) and Charlie Roebuck (Broad Oak). A... 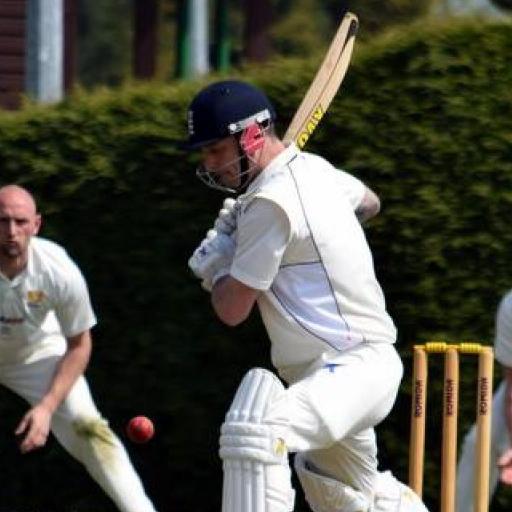 Skelmanthorpe enjoyed a terrific season by picking up the Championship and Championship Two titles, along with the Paddock Shield for their 2XI, but...

Emley Clarence and Holmbridge were rewarded for their strong finishes to the season by winning the Hopkinson and Schweppes trophies. A 100% record...