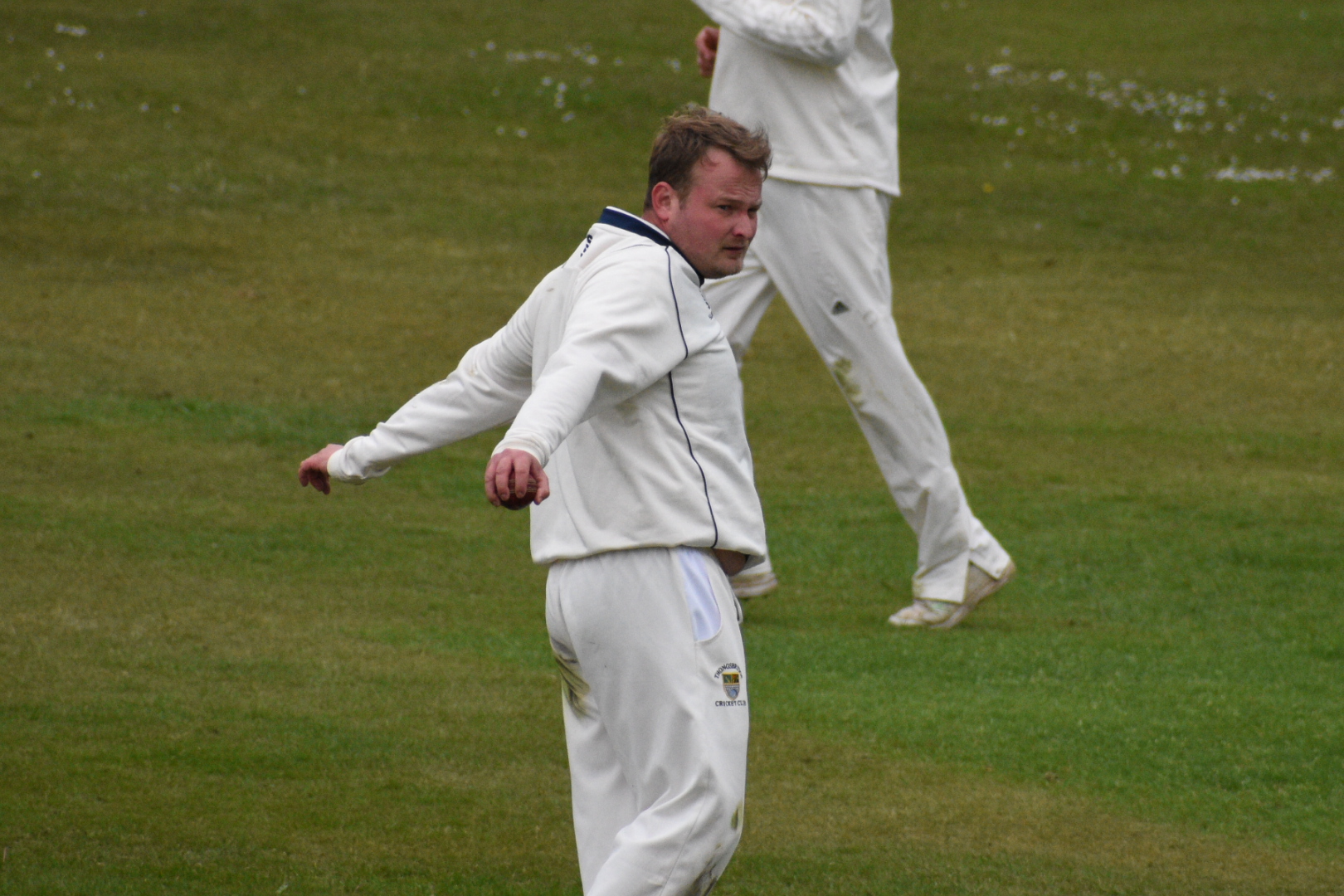 James Thompson shines for Thongsbridge 2XI as they went top with an impressive win over Cartworth Moor 1XI.

Thongsbridge electing to bat first could have proven disastrous after a rocky start saw them only 28 for 3 with Jonathan Tucker (21-3) taking 3 wickets and reducing the run rate. All was not lost after David Wagstaff hit 38 before Kieran Taylor arrived at the crease and eased past his half century to put on 60, giving Thongsbridge a more than respectable 166 to bowl at.

Cartworth dug in and fought hard with Sajid Hussain (20), Nasir Sayed (18), Raja Hussain (18) and Nasib Ullah (35) all adding to the chase, but the Thongsbridge bowling attack proved too much and were all bowled out for 123 with James Thompson shining through with figures of 4-23 after his allotted 8 overs.

Skelmanthorpe’s All Round Cricketing Masterclass Sees Cumberworth Off

Cumberworth won the toss and elected to bat which may have seemed like a good idea at the time, but a superb Skelmanthorpe bowling performance reduced the run rate throughout the innings leaving them all out for 102, with the only notable score coming from Glenn Senior who acquired 24 runs and saving his wicket. Some excellent bowling figures came from Skelmanthorpe’s Rob Bartram (1-13), Joshua Ingham (3-10) and Dan Barber (1-22).

It only took Skelmanthorpe 16 overs to reply and knock a less than desirable 102 off. Bradley Geldart made his half century (59*) with the remaining runs from Josh Megson (12) and Dan barber (26). All in all an easy win for Shat.

Mirfield’s batting was certainly the highlight of the weekend as they knocked an incredible 273-7 off their allotted 40 overs. Dave Blakeley anchored the team with a mammoth 120* alongside Ben Tillottson hitting a quickfire 85 off only 48 balls. Connor Rowlands added to the score with 33.

It would take sheer determination and grit for Denby Dale to match the hosts. It was too much to ask however as only Bradley Geldart appeared to do anything with the bat, working his way to 45 and dropping just short of his half century. Ultimately Denby Dale were 78 all out after only 28 overs with exceptional bowling figures from Daniel Carter (5-14).

Elland only needed 5 of their batters to knock Linthwaite’s score of 192 off in 34 overs. Linthwaite were elected to bat first by Elland which could have proven disastrous with the hosts ending their innings with 192. The whole team came together to put on good individual scores - Usmaan Mansur (21), Qaiser Gill (32), Rauf Abdul Ali (24) and Zuraiz Ali (21) topping the list with other teammates making some minor contributions. The score could have been much more devastating if it wasn’t for tight bowling from Mark Ward with only 9 runs from his 8 overs .

All of Elland’s top 5 batters put on noteworthy scores to help them over the line in 34 overs. Opener Usman Riaz hit 29 alongside captain Oliver Brook with a massive 75 to steer his team in the right direction. Cody Parr came in to hit 22 with Dale McMullan (36*) and Jordan Williamson (16*) finishing the job for the visitors.

Hosts Broad Oak Triumphant Over Moorlands After a Close Finish

Broad Oak allowed their rivals to bat first who put on a satisfactory score of 171-7 after their full 40 overs. A rocky start saw Moorlands 2 down for only 20, before Joshua Riding arrived to hit 54 with Oliver Rounding (30) and Braiden Fortis (38) hitting high scores to give the visitors a good score to bowl at. The score could have been much higher had it not been for Roman Field’s exceptional bowling figures, allowing only 12 runs to go in his 7 overs.

Only 5 batters were needed in Broak Oak’s run chase to beat Moorlands’ 171. Opener Luke Roberts anchored the team to hit his first half century of the season, finishing on 56. Mike Fish made his way to 74 not out to top Broad Oak’s runs for the day with other contributions from Awais Ahmed (15) and Dan Hopkin (12*). Broad Oak knocked off Moorlands in 38.4 overs to secure the hosts victory.